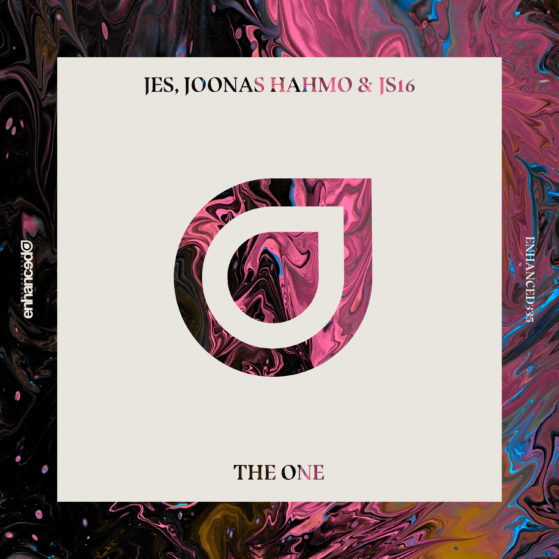 JES has become an internationally known for her emotionally-charged and often weighty lyrics, but she masters a dazzling new sound on her new track “The One” in collaboration with all-star producers JS16 and Joonas Hahmo releasing through Enhanced Music. The singer/songwriter swaps her pensive, passionate tones for a hopeful and whimsical vibe on “The One,” which is complemented by driving progressive beats and effervescent melodies courtesy of JS16 and Hahmo. “It’s always fun to break the mold of what people expect from you and surprise them with something totally different,” quotes JES about the new release. “A lot of my songs have a more serious emotional feel, but with this one I got to have some fun and break the rules!” As the uplifting aura of “The One” is contagious enough to be a new love anthem, we certainly won’t complain about JES breaking the rules more often.

“The One” features a trio of artists who are all renowned producers and musicians in their own right. Jaakko Salavaara, also known as JS16, is the mastermind behind iconic productions like the smash hit “Freestyler” and international club anthems “Sandstorm” and “Feel the Beat” nearly two decades ago. Joonas Hahmo seems to turn everything he touches to gold, from his multiple hits on the Anjuna labels–such as “Alt+F4” and “Cocktail Bar”–to releases on his own label Hahmo Recordings and beyond, the Finland native has consistently been one of the most talented trance and progressive house producers in the game. Last but certainly not least is JES, the multitalented singer, songwriter and performer that has left her mark on the hearts of millions with her moving and timeless songs. Her multiple Grammy nominations, sold out shows around the world, and success of her label Intonenation all serve as testaments to JES’s influence on the electronic music scene. Today, JES continues to invest in independent artists, releasing her own music and electronic music’s most promising talent on Intonenation. She has created a constancy of positivity and emotion into the electronic dance music genre. A student of yoga and meditation practices JES, knows that connection & consciousness brings people together, especially in the form of music.