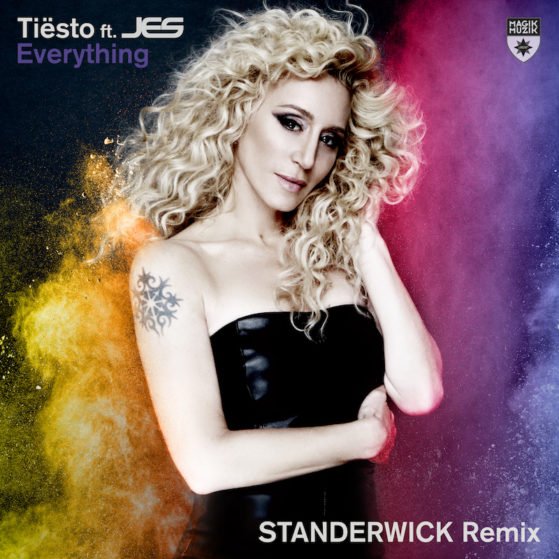 As the long-awaited announcement of a release date for her highly anticipated Memento Album draws nearer, JES drops another reworked classic from the project. Standerwick’s notorious remix of JES’s beloved Tiesto collaboration, Everything, got its first outing opening the A State Of Trance 900 Festival, and created a groundswell of expectation. Having waited this long for the single release to become available, you might have expected interest to wane, but you’d have been wrong. Very, very wrong.

Simply put, pairing JES’s highly emotive performance of what has to be one of the all-time great songs of the dance world, with Standerwick’s take no prisoners approach to trance production does not disappoint. There is no DJ set that doesn’t need this emotional powerhouse included somewhere in its playlist. Standerwick’s new remix of Tiesto ft. JES – Everything has been worth every minute of the wait. 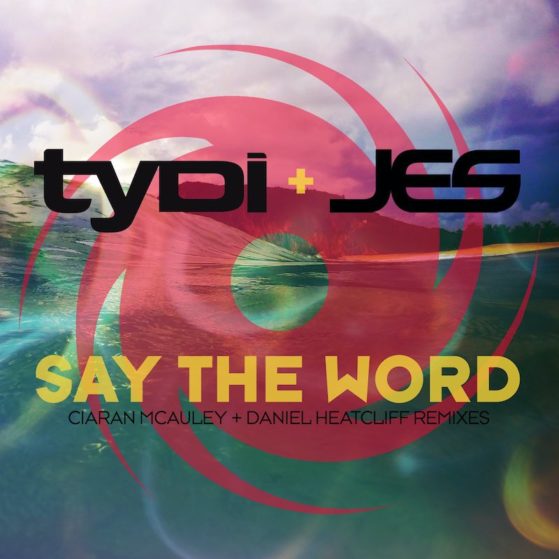 Releasing through the respected Dutch dance label Black Hole Recordings is an inspired remix package for Say The Word, the million-plus downtempo streaming success of 2019 from Australian virtuoso composer, producer, and DJ tyDi, and GRAMMY-nominated singer, songwriter, and DJ, JES. The two mixes bookend entirely different takes on the indie electronic original. Irish trance overlord Ciaran McAuley drops a huge anthem. Coaxing every ounce of energy out of the sublime JES vocal, Ciaran’s rollercoaster mix brings high drama and emotion to the track and is sure to keep the main room floors moving this summer. At the other end of the spectrum, Austria’s own dance Tsar Daniel Heatcliff throws down a central European deep house vibe. Accenting the original with dance-pop sensibilities and a driving groove, the Daniel Heatcliff mix looks set to find a home in all your favorite dance playlists soon. 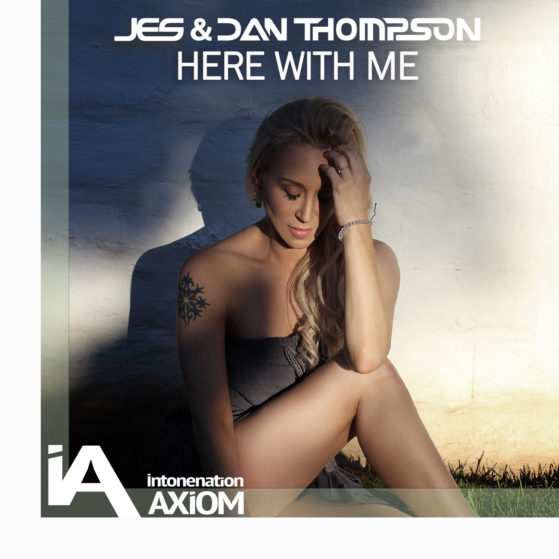 JES & Dan Thompson “Here With Me” Out Now

A new year brings new beginnings, and 2020 is already delivering more than anyone could have expected. Releasing on Grammy-nominated Intonenation Records’ newly initiated sister label, Intonenation Axiom is “Here With Me,” a brand new collaboration from two of the most formidable names in dance, JES, and Dan Thompson.

Building on the massive success of the Dan Thompson remix of JES’ Allure collaboration, “Show Me The Way” which first brought their talents together last year, Here With Me adds fuel to a fire that simply won’t stop burning. Slabs of majestic synth rise from a pounding beat that echoes like the pulse of a million stomping feet while JES’ trademark vocals float like a dream through billowing clouds of atmosphere, revealing a hook that at once charms and intoxicates. An emotional rollercoaster of epic proportions and a huge slice of pure trance energy, it soars to the highest peaks and plunges to the lowest valley. Here With Me is a tribute to the unity that we find on the dance floor and reminds you of all the reasons you fell in love with dance music in the first place.

So start the new year by reconnecting with JES and Dan Thompson because when you’re Here With Me, anything is possible. 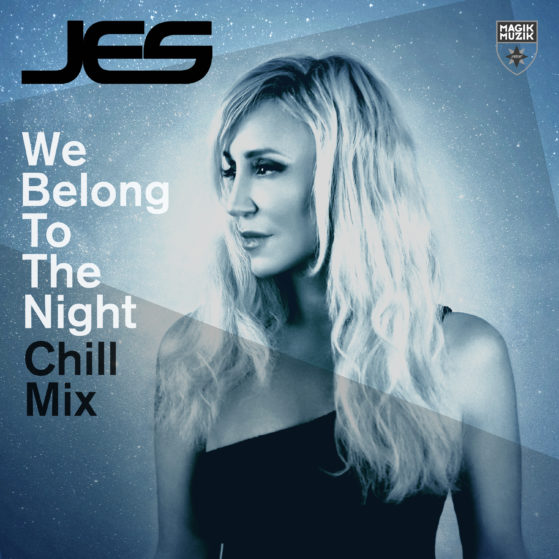 JES Releases New Chill Mix Of “We Belong To The Night”

Chill to the max with JES and a new downtempo take on her recent single “We Belong To The Night” via respected Dutch electronic marque Magik Muzik.

Re-imaging the song from the sublime opening vocal lines, JES effortlessly creates the soundscape of an idyllic nighttime paradise. Accompanied by a combination of electronic and acoustic sounds, JES’ smooth interpretation of the melody resonates perfectly with synth tinged counter-rhythms, moody keys, and lustrous guitars. This is a track for serious chill fiends only and reminds you just how good it feels to slide away into the darkness of the night.

After dark why not give in to temptation and slip into something vastly more comfortable with JES, because in the end, We Belong To The Night. 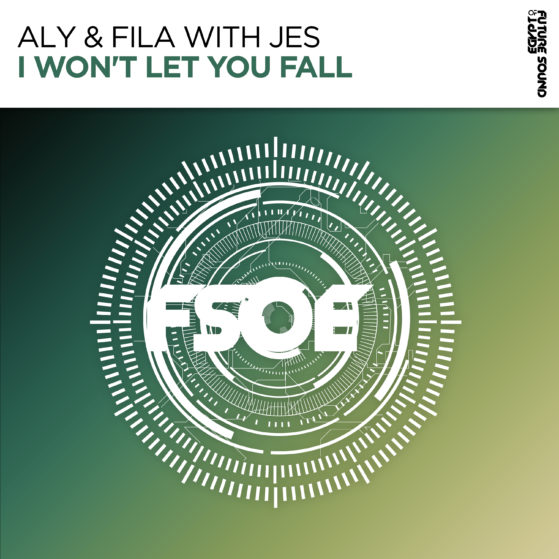 JES’ New Collaboration With Aly & Fila “I Won’t Let you Fall” Out Now!

Answering the prayers of fans who have been asking how has this not happened already? JES drops a massive first-time collaboration with trance pharaohs Aly & Fila. “I Won’t Let You Fall” perfectly showcases two dance music legends at the top of their powers and doing what they do best. Enjoying early support from such heavyweight artists as Armin van Buuren, Paul van Dyk, and Andrew Rayel, “I Won’t Let You Fall” has already won the hearts and minds of thousands of fans worldwide. From Tomorrowland to Ibiza the refrain echoes loud and clear from their combined legions of followers. The Uplifting Mix delivers the perfect balance of energy and emotion, placing JES’ fabled vocals at the forefront and supporting them with Aly & Fila’s timeless and stirring production. 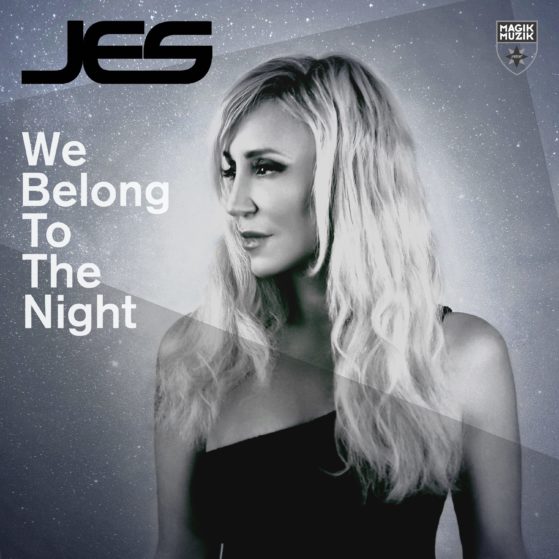 JES, who has been the name to know for fans of authentic dance music delivers one more reason to keep saying her name. From the first note, the nocturnal theme of “We Belong To The Night” (via esteemed Dutch label Magik Muzik) is unmistakable. JES’ unique tone and delivery dominates the story and leads like a light in the dark from beginning to end. The sound is both deeply electronic and undeniably organic, deconstructing formulas and framing JES’ unique ear for melody against a backdrop of doubtless blissed-out acceptance.
Speaking of the song JES says “Belong has been a part of a deep transitional period for me. Music has always been my heart, so it’s only natural that my re-invention starts there. I sometimes find myself pushing, struggling to make my world be the way I want it to be. This song is all about the surrender and security of finding that safe zone where you can stop for a moment and drift your surroundings. I wanted to share it at the end of the summer, as one thing comes to end there’s a chance for a new beginning, a new me, a new us.”

“We Belong To The Night” is many things at the same time. Smooth and gritty, sweet and salty, even subtle and harsh. So hit the reset button with JES, and let this wall of auditory emotion take you back to where you belong. 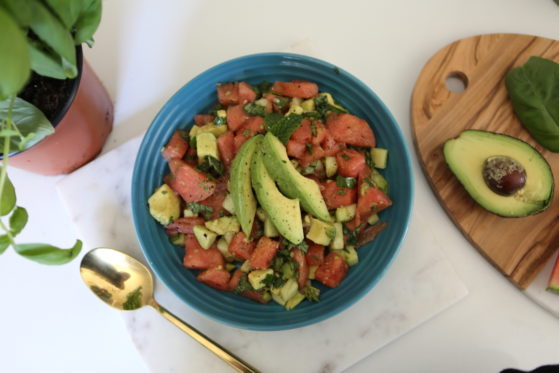 Prepare and combine the watermelon, cucumber, and avocado in a large bowl. Chop the fresh herbs and add to the salad. Drizzle on olive oil, lime juice, and honey. Toss, and add salt, pepper, and cayenne to taste. Enjoy! Also, try adding grilled shrimp for added protein. 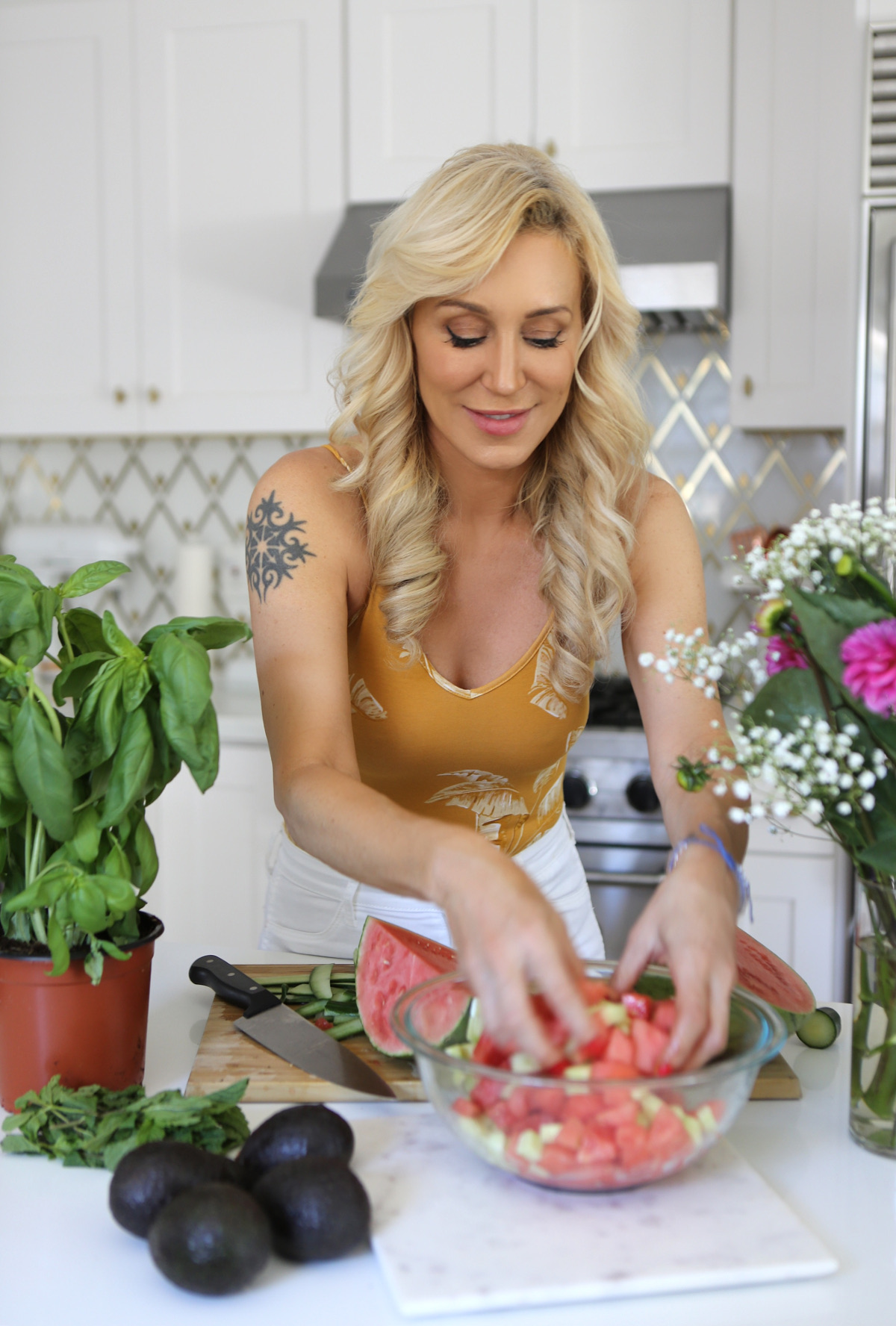 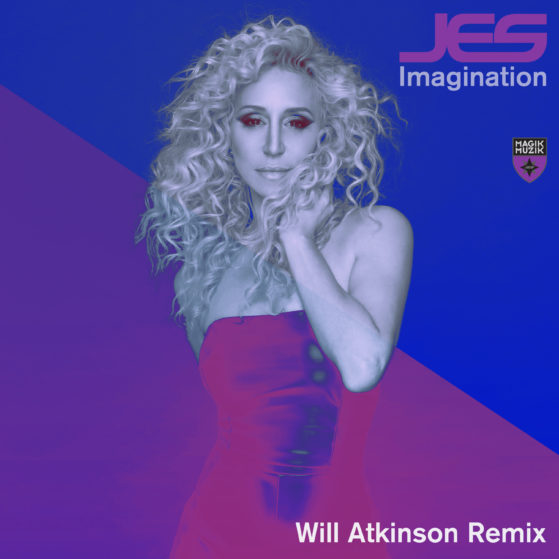 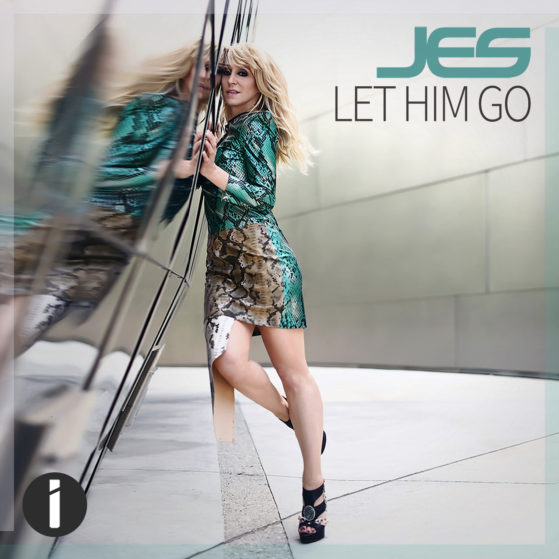 JES slows the groove down for this chill inspired electronic re-working of a modern standard. Combining pure electronic synths with an earthy groove and haunting reversed vocal effects the track provides the perfect platform for JES’ emotive vocal performance. Bringing a fresh perspective to a cherished anthem is never easy but JES approaches it with the same striking originality that has won her a legion of adoring fans. Proving again why she’s one of the most demanded voices on the planet, JES lends heartrending depth with a haunting vocal that perfectly wraps itself around the meaning of the song.

This unique spin on the Passenger’s original brings the song to an entirely new place and will no doubt introduce JES’ to a whole new audience. So start 2019 with an open heart and if you have to, “Let Him Go.”

Check it out here https://JES.lnk.to/LetHimGo 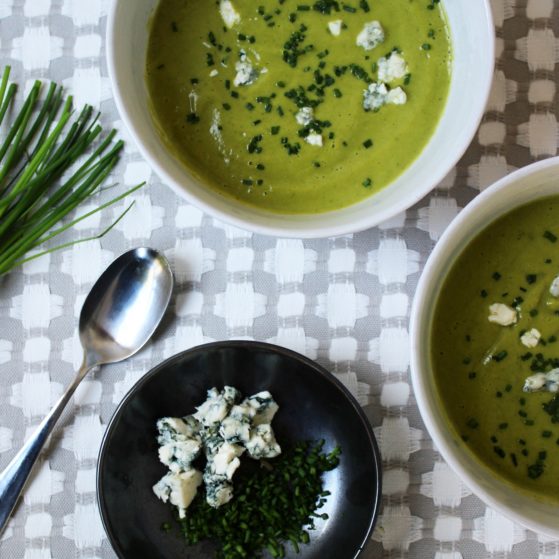 In a pot bring vegetable stock, onion, celery, garlic and peas to a boil. Reduce it to medium heat and have simmer for 20 minutes.

With a blender or an immersion blender and blend until smooth.

Remove and serve with crumpled gorgonzola or drizzle with non fat yogurt on top!